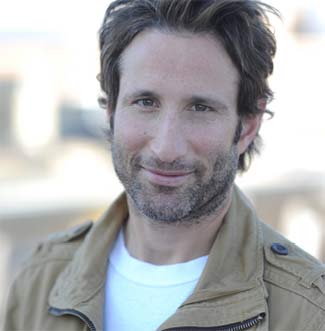 Emmy-nominated actor and host, Peter Postiglione spent only four months in Los Angeles before he realized that his destiny as an actor lay in Philadelphia with his family. Early in his career, he moved out to Los Angeles while his wife remained on the East Coast and she would send him VHS tapes of his young daughter every week. After he received a video of his daughter taking her first steps without him, he booked the first flight back home to Philadelphia. As a believer of the mantra, "Create your own way," Postiglione decided that if he was going to make it work, he was going to make it work on the East Coast.

Since then, he has been active as an actor, writer, and producer in the East Coast film and television industry. His notable credits include: Silver Linings Playbook, Slow Learners, and Assumption of Risk. He was also in an ADDY award winning TV Commercial for MVP Healthcare, directed by Marty Bohunicky, and nominated for an Emmy for hosting, "Dig Philly TV," which was produced by NBC/Universal.

Even with all of the success that he has created for himself, Postiglione is most proud of his family: being married for seventeen years to his loving wife, Jennifer, and father to his exceptional teenage girls, Jordan and Taylor. 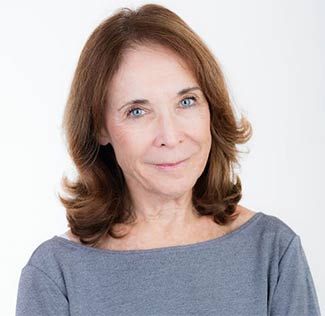 Susan Moses brings a wealth of experience to film, television, Off -Broadway, regional theatre, commercial voice-overs and industrial documentaries. She was Miss Elsie in Voiceless, a teacher in Invincible, Maria in Mafioso: the Father, the Son, and has appeared as Schmitty's Mom in It's Always Sunny in Philadelphia, a judge in Hack and as principle in the holiday special, Miracle of Hanukkah.

In theater, she performed in the roles of Mrs. Brady in Inherit the Wind, Ouiser in Steel Magnolias and Zelda Leah in Yentl. She has also been a guest host on QVC.

Her skills include stilt walking, mime, various dialects, Charlie Caplin character, singing, dancing, running and ice skating. She taught voice and movement at the University of Miami. Susan has a Masters of Art in Theatre Arts from the University of Connecticut.

My Million Dollar Mom is so pleased to have Susan perform in the role of Shirley.

Learn more about the cast and crew >

Ross Schriftman Guest on "The Morale Booster with John Ughulu"

What are you passionate about?
I go all in with things once I commit to them, so my passion lies in what I'm currently doing. You might even say that I am passionate about whatever is happening in the moment. But underneath all of that, I love creativity and marvel at how creative people can be. I share that passion to explore, create, and seek greater expression. Like most people, I find it difficult when I have creative ideas and thoughts and I'm not able to use my God given talents to explore those ideas. I feel that there is an untapped potential that exists in all of us and many times we never find it because we give into fear. My daughters often say "Don't be afraid to be Great." I say "Don't be afraid to explore your own potential."

What is your philosophy of life?
I am a big believer in creating your own way. I've always understood the importance of coming to the table with as many skills as you can and to be more than just "one dimensional" (produce, act, write, sing, film, and edit). Any chance you get to fully explore your cleverness to create something that inspires you and others, you're giving yourself the opportunity to move forward and grow. Creating your own way to me, is seeking bigger expression when all other avenues are closed.

Who is your role model and why? Who inspired you to go into the film industry?
I never really had a role model per se. It sounds cliche, but I was bitten by the bug early. As far back as I can remember, I loved entertaining my family and loved making people laugh. One of my earliest performing memories was doing a break-dance routine on a piece of linoleum on my front lawn for Nancy Glass and Ray Murray, the hosts of a local Philly show called Evening Magazine. I always loved the movies and that feeling of escaping into a character or another world. I found inspiration in movies ranging from "Can't Buy Me Love" with Patrick Dempsey (big fan BTW), to "Goonies", to "My Life" with Michael Keaton. That movie still makes me cry! But the movie that made me decide to become an actor was "A Few Good Men." Really! I remember watching the all-star cast and the performances and thinking, "I need to do that! I need to make this my dream and find a way to pursue it." So here I am, 20 plus years later, married to a beautiful, loving and supportive wife with two beautiful teenage daughters and I'm finding a way to make it work. I am still pursuing a dream to one day make someone else feel what I felt that day watching "A Few Good Men" for the first time.

What is the one thing that people would be surprised to find out about you?
I am secretly afraid of haunted houses. My wife and kids want to go every year for Halloween and every year I say "Hell No!"

What attracted you to become part of the My Million Dollar Mom production?
I was invited to the table read and was immediately drawn to intensity of the relationship between the two main characters. Plus, I've had the honor of working closely with the director, Kevin Hackenberg on several other projects, so I trusted him when he told me about the script. Although most of my recent roles have been comedic in nature, I was thrilled to take this truly dramatic role in which I had the opportunity to stretch and grow; where the intensity and the magnitude of each scene, was not always in the dialogue, but rather in "what was not said."

How would you want people to remember you?
I guess that like most people, I want to be remembered as someone who made a difference. My parents instilled kindness in me at a very young age, so that is the one thing I try very hard to be. I enjoy making people smile and laugh and I like to think that I bring that special energy to the people I meet as well as to whatever project I am working on.

What is the funniest thing that ever happened to you on the set of a production?
There is not much that I didn't do early in my career when I first started. I said yes to almost everything. I was a giant green foam finger and a singing piece of pepperoni on a slice of pizza. Hysterical! But the funniest thing was pretending to be naked. I had to wear a nude colored speedo that would eventually be pixelated so as to give the appearance of being nude. I had to get the make up and wardrobe stylist to lotion my my entire body. I felt really bad for them. Gross! The running joke during the shoot was that it was only going to take 3 pixels to cover my crotch.

When you are not working what is your favorite thing to do?
I like mountain biking although I haven't really been able to get out much these days. However, I really look forward to taking the yearly trip with my riding crew. It's always a lot of laughs.

What are you passionate about?
My children and grandchildren; the arts and the miracles of life and nature.

What is your philosophy of life?
Your life is a gift. So cherish it. Continue to strive to enrich your soul and appreciate all it gives you to make you whole and happy.

Who is your role model and why?
My Mom. She raised me to be strong and caring and to always appreciate others.

Who inspired you to go into the film industry?
My Dad and his family were in vaudeville. He was extremely funny and creative and would share his stories with me. He always encouraged me to be creative and when I became involved with theater and film, he was my biggest fan!

What is the one thing that people would be surprised to find out about you?
As extroverted and spontaneous as I appear, my inner self is really quite introverted and pensive.

What attracted you to become part of the My Million Dollar Mom production?
I was overwhelmed by the richness of Shirley's life. The countless people she touched with her incredible goodness and love of life, and her undying spirit. Her stature was small but her person was mighty. And Ross's ability to capture that in his book and on film makes me so very proud and privileged to be part of it.

How would you want people to remember you?
As a good person; trusting and kind and able to make them smile. (And as a talented actress, that wouldn't hurt either:))

What is the funniest thing that ever happened to you on the set of a production?
I was filming a segment for It's Always Sunny in Philadelphia: "the gang gets a new member" and in the middle of my scene, Danny DeVito sidles up to the camera, and looking directly at me, starts pointing left and right, up and down, as I'm doing my lines. I think he's directing me. So I physically follow his "direction." My head and body swaying left, right, up and down. Little did I know that the entire group of "gang members" was in cahoots with him and knew that he was trying to make me look ridiculous. Which he did!!! As everyone fell on the floor, exploding with laughter, he explained that he does this to new characters and that now I was part of the family!!

When you are not working what is your favorite thing to do?
I love sports, dancing, reading and taking long walks.