Kevin Hackenberg & Paul Irwin Bring Their Expertise to the Film

Philadelphia - Ross Schriftman, producer and screenwriter of My Million Dollar Mom, is pleased to announce that Director Kevin Hackenberg and Line Producer Paul Irwin are part of the creative team making his film.

Hackenberg and Irwin have a combined total of nearly 40 years of experience in the film industry which includes their collaboration on short films in the U.S., London and Prague. Hackenberg began his career working on the M. Night Shyamalan films The Sixth Sense and Unbreakable. He went on to establish the production company Get-Kinetic in 2003 in Philadelphia, where he and his staff have created visual content for clients including Temple University, NBC10 and Neil Patrick Harris of Doogie Howser, M.D. and How I Met Your Mother fame.

"I met Kevin and Paul a few years ago through mutual contacts in the film industry. It was Paul who suggested that Kevin would be a good fit as the director of My Million Dollar Mom. Hiring Kevin was one of the best decisions I ever made."said Schriftman. "Kevin and Paul have helped me to convey both the challenges of Alzheimer's care and the love between the main character and his mom. I’m very pleased that they are part of my effort to bring my story to life through this film."

A short film version of My Million Dollar Mom was shot in Philadelphia and Harrisburg in August and featured Pete Postiglione as Ross Schriftman, Susan Moses as Shirley Schriftman and Hollywood character actor Currie Graham, in the role of the governor of Pennsylvania. "It has been exciting to work with Ross on the development of the project," said Hackenberg. Irwin adds, "I realized early on that supporting creative people was more my destiny than creating art. So, I’m very pleased to help organize all the moving parts in order to help Ross achieve his vision with the film." 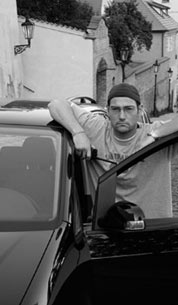 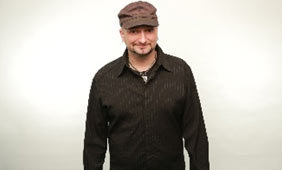 About My Million Dollar Mom
Based on the book of the same name by Ross Schriftman, My Million Dollar Mom is a film about a mother diagnosed with Alzheimer’s just as her son is offered his last chance to be elected to Congress. He must decide between his life-long dream and his mom’s wishes to remain in her home under his care. The scriptfor the feature film was selected as a semi-finalist in Story Pros' screenwriting contest in the drama category.

Schriftman’s production company was accepted as a member of the Filmmakers Collaborative; a non-profit that assists independent filmmakers with documentaries and dramas that promote a cause such as dementia awareness.

< BACK TO LATEST NEWS

Ross Schriftman and Kevin Jameson from the Dementia Society of America were invited to the State Capital where Rep. Thomas Murt declared May as Dementia Awareness Month in PA.